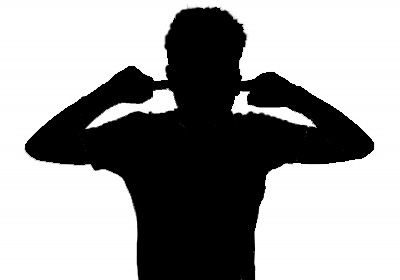 Taking risks sometimes means ignoring your critics.  There is a fine line between ignoring your critics and listening when someone is asks challenging questions.  Take the example of the early explorers.  When Columbus sought out to find a westward route to the Indies, critics told him he was crazy because the world was obviously flat.  Columbus didn’t listen to them because 1. their opinions were not grounded in fact, and 2. they were not posing challenging yet productive views.  Instead—not knowing the man—I infer he listened to constructive criticism, like your boats need such and such equipment, or make a map while you go—that way if you are right we can follow you when you return.  The early sailing explorers endured a lot of skepticism before their voyages—and they sailed on anyway!

It’s okay to be unpopular.  Let me repeat it: you don’t have to make everyone happy all the time.  In fact, it is impossible.  We are generally a polite species.  While I would rather live in a polite society than not, sometimes our politeness can be a disadvantage.  We can use our manners while still disagreeing with someone.  Challenging and idea is perfectly normal.  It’s accepted and welcomed, and it might offend someone.  But that’s how we make progress.   I can still respect someone and disagree at the same time.  And when someone disagrees with me I have the confidence to know they are not attacking me personally.  I can be wrong, and I can have an idea that won’t work.  But challenges define progress.  As a matter of manners, just make sure to listen first.

When we think about some of the issues facing our communities—poverty, crime, education—we need to recognize the complexity and interconnectedness of the problems.  Difficult problems require difficult decisions.  Complacency is not a decision—it’s a crutch.  Not making a decision because it’s hard is worse than making a bad decision.  You can always fix a wrong choice.  Have the confidence and the knowledge to make informed decisions.  At some point you have to cut the rope and set sail.

Being successful requires drive and passion.  When in a position of influence, don’t back down from your convictions—they make us unique.  If you know something to be true, and you have the evidence to back you up—don’t let it go.  Trust yourself and have confidence in your work.  You can’t base your actions on other people.  It is easy to be your own worst critic, but don’t kill an idea before you let if develop.  Take risks—when they don’t work learn from them, and when they do see them through to the end.

Got Something To Say: Cancel reply